Who we are. For over half a century, the Vermont State Colleges System has provided access to high quality, postsecondary education to students of all ages across the state. We are the extension of the state’s public pre-kindergarten through grade twelve education system into the postsecondary years, and we serve over 10,000 Vermonters annually.

Incorporated in 1961, the VSCS is a comprehensive, interconnected system of colleges made up of multiple, distinctive campuses. They include: Castleton University, Community College of Vermont, Northern Vermont University, and Vermont Technical College. Several of our colleges have satellite locations and all have an online presence.

Who we have become. Castleton University and Northern Vermont University are four-year residential colleges with liberal arts, pre-professional, and technical programs. Formerly the state’s teachers colleges, they were transformed into comprehensive undergraduate colleges in a revitalized state college system in the 1960s. In 2018, Johnson State College and Lyndon State College became Northern Vermont University.  Vermont Technical College is a two- and four-year technical college with extensive career education offerings. These institutions offer degree programs ranging from professional certifications to associate’s, bachelor’s, and master’s degrees. The Community College of Vermont offers associate’s degrees, continuing education, and certificates in a variety of fields at twelve academic centers, through partnerships, and online.

Our System. From 1961 to 1977, the VSCS operated largely as a loose confederation of colleges. There was little coordination of academic, financial, or personnel activities. In 1977, the Board of Trustees created a more closely aligned system of higher education. The Board accepted full responsibility for the financial, academic, and personnel policies and outcomes of the system. Most recently, collaboration among the four colleges is resulting in a more interconnected system with resources shared among the four colleges, streamlined admissions, and system wide credit transfer.  Our work together offers unique benefits to students and to the future of our institutions. 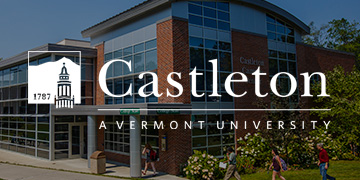 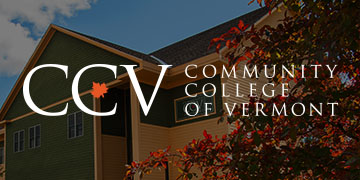